Anyone familiar with T4T (Training for Trainers) knows the name of Ying Kai. Ying Kai is the visionary Chinese-American pastor, missionary and church planter whom God used to launch one of the most dynamic church planting movements in the world today. 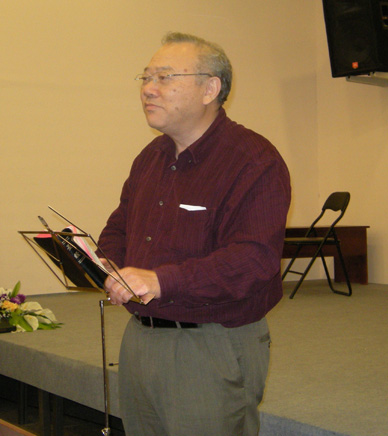 with the International Mission Board of the Southern Baptist Convention. Steve Smith, author of T4T: A Discipleship Re-Revolution, captured Ying and Grace Kai’s amazing story and the movement built on Training For Trainers (T4T) that saw more than two million baptisms and tens of thousands of new house churches planted in Asia.

Today, T4T is being adapted in a variety of countries and cultures around the world, where it is being used to reach millions of souls. Ying and Grace have conducted training of trainers around the world, and seen continual growth and multi-generational fruit.

Now, for the first time, Ying has agreed to make his training available to a wider network. If you are interested in having Ying and Grace come to your church or ministry setting to assist in T4T training, drop them an email at: <ykai@pobox.com>