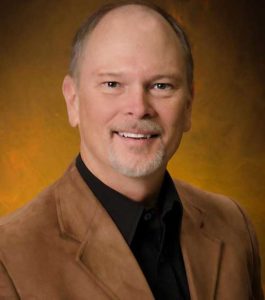 Dr. David Garrison is the Executive Director for New York City based Global Gates. Global Gates, with ministry in 24 cities across North America and around the world, seeks to reach the ends of the earth through global gateway cities. For more than three decades, Dr. David Garrison has been a missionary pioneer serving with the International Mission Board. His assignments over the years have included Associate Vice President for Global Strategy for the IMB’s 5,600 missionaries. Other assignments have taken him and his family to Japan, Hong Kong, Egypt, Tunisia, India, Germany and the U.K.. Garrison’s efforts to understand and join God’s global mission have led him to study a dozen languages and travel through more than 100 countries.  Garrison has a PhD from the University of Chicago and a Masters degree from Golden Gate Seminary, with undergraduate study at Ouachita Baptist University and Seinan Gakuin University in Japan. He has lectured at several schools including Fuller Theological Seminary, Trinity Evangelical Seminary, Southwestern Baptist Theological Seminary, and Columbia Biblical Seminary. He is the author and/or editor of several books including The Nonresidential Missionary (MARC, 1990), Something New Under the Sun (IMB, 1998), and Church Planting Movements (WIGTake, 2004), which has been translated into twenty languages. More recently, Dr. Garrison has edited internationally acclaimed resources that have been translated into multiple languages, including Kevin Greeson’s The Camel, How Muslims Are Coming to Faith in Christ! (WIGTake, 2007), Steve Smith’s T4T: A Discipleship Re-Revolution (WIGTake, 2011), and Mike Shipman’s Any-3: Anyone, Anywhere, Anytime (WIGTake, 2012). Dr. Garrison’s most recent book, A Wind in the House of Islam, surveys 45 Muslim movements to Christ.

Joey Allen has a graduate degree from Dallas Theological Seminary, and serves with his family as a missionary in the Muslim world.He and his wife, Christy, have written and illustrated a series of theological bookls for children called “Big Thoughts for Little Thinkers” and is available from New Leaf Press.

Jim Haney, Ph.D. has two graduate degrees from Southern Baptist institutions. He served as a missionary in West Africa. Jim currently serves as the Director of the Global Research Department of the Southern Baptist International Mission Board.

Guy Muse has a graduate degree from Southwestern Theological Seminary. Guy grew up as an MK

(missionary kid) in Ecuador. For the past 23 years he and his wife Linda have served as missionaries with the International Mission Board in Guayaquil, Ecuador. They currently relate to a network of house churches scattered over six coastal provinces. They have a son (18) and a daughter (14).

Neill Mims has two graduate degrees from Southwestern Baptist Theological Seminary in Ft. Worth, Texas. Neill has 24 years of CPM experience and is currently a CPM trainer and effectiveness coach with Beyond and Global Gates.

BDB Moses is the pen name of a veteran missionary serving in South Asia. BDB has a graduate degree from Southwestern Baptist Theological Seminary.

Curtis Sergeant has served as a missionary in Asia, associate Vice President for Global Strategy at the International Mission Board, SBC, and currently serves as the International Vice President of e3Partners. Visit their website www.e3partners.org. Curtis has two advanced degrees from Southwestern Baptist Theological Seminary in Ft. Worth, Texas.

Nathan and Kari Shank surrendered to the Lord’s service in their early twenties. The Lord brought them together within a call to the nations. They have been living with their children and advocating work among the peoples of South Asia since that time. Both Nathan and Kari are graduates of Southeastern Baptist Theological Seminary in Wake Forest, North Carolina. Their passion is kingdom expansion in new fields, and they are convinced the church of Jesus Christ is the strategy.

Steve Smith passed away in 2019. Steve and his wife Laura served as missionaries in East and Southeast Asia where they trained numerous missionary strategy coordinators in best practices of Church Planting Movements. Steve has a graduate degree from Southwestern Baptist Theological Seminary. Steve served as a Global Movement Catalyst with Beyond, Vice President of Multiplication with East-West and was the founding author of #noplaceleft.