The Bhojpuri Church Planting Movement began in the 1990s and continues to spread gospel light into the region of North India that has been called “the graveyard of missions.” Drawing upon dozens of personal stories of transformation from within the movement, Victor John (with collaborator Dave Coles), guides us through insights and lessons learned along the way. Today, the Bhojpuri work is breaking through into neighboring people groups and marginalized social sectors, transcending language, ethnicity, religion, and caste.  Click here to purchase. 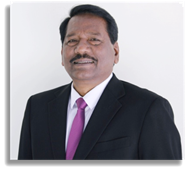 Victor John is founder and president of Asian Sahyogi Sanstha India (ASSI) and a founding member of Asian Partner International (US). Victor is a vision multiplier among the Bhojpuri people of Northern India, an area long known as the graveyard of mission and missionaries. 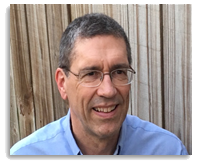 Dave Coles is an encourager and resourcer of church-planting movements among unreached groups serving with Beyond (beyond.org) with 24 years of cross-cultural experience in Southeast Asia.

What Others Are Saying

God began teaching me amazing things from His Bhojpuri movement beginning in its earliest years–and used this movement (and others) to cause a radical shift in my mission approach. I began to take seriously that Jesus will “make disciples of all ethnē” and that each disciple should multiply reproducing disciples. I am thrilled to read this extensive account provided by Victor John and the other leaders of this modern day Book of Acts-like movement which had such an impact on me.” – Dr. Kent Parks – President/CEO of Beyond

Bhojpuri Breakthrough revisits the movement that introduced us to Church Planting Movements 25 years ago, where we now find it catalyzing new movements among neighboring Hindu, tribal, marginal, and Muslim people groups across North India. I’m often asked, “How long do these movements last?” Well, after 25 years, this one shows no sign of slowing down! – Dr. David Garrison – Executive Director, Global Gates

Bhojpuri Breakthrough describes the move of God among the 90 million Bhojpuri people of North India. Over the last 25 years ordinary disciples have baptized millions and planted tens of thousands of churches. Every page yields vital lessons on building and sustaining a multiplying movement of disciples and churches. – Steve Addison – Author of The Rise and Fall of Movements

This is a miraculous story and a fabulous book. I have been to N. India and Nepal the last two years and have witnessed so many examples of the miraculous work of God in that part of the world.  One of the most amazing was watching two groups of leaders write doctrinal statements from scriptural study to counter false teachings they faced.  I saw dozens of believers use their charts to talk about  the streams or networks of churches they had started in their first few years of faith. – Dr. Don Dent – Professor of Missions, Gateway Seminary

I have been following the Bhojpuri movement for more than 15 years now. When we started our church, we adopted a vision to see 10,000 people commit their lives to Christ in the first 10 years—a goal we reached in just eight years! Today we are asking, “Could God do in America what he has done in India through Victor John? Could millions be saved and baptized? We are now casting vision for 1,000,000 new disciples in the next 10 years! The Bhojpuri story along with Victor John’s mentorship has changed my life and the life of our church and I’m certain that if you read this book & take these words to heart, it will change your life too! – Chris Galanos – Lead Pastor – Experience Life Church (Lubbock, TX) – Author of From Megachurch to Multiplication

In March 1995 I received a message from my friend Victor John to speak at the 2nd Bhojpuri Leaders Conference in Varanasi. I asked what was going on. Victor told me there were about 200 “family churches.” When I got there 6 months later it had grown to around 400 “family churches.” The rest is history and the multiplication “uncontrollable.” The Holy Spirit led synergy generated has led to an organic, multi-generational, multi – social strata multiply­ing disciple making and church-planting movements among the Bhojpuri people and other people groups in Northern India as well as other nations. There are lessons to be learned. The synergy of obedient people and organisations, prayer and gospel planting, disciple-making and training of leaders, creative innovations to reach communities coupled with a whole Bible perspective com­bining healings and miracles with natural “acts of kindness” is fundamental to this ongoing story. – Charles Kridiotis – A Nordic Catalyst – Author of Simply Kingdom, Simple Church

As you read this book, your heart will cry out for a fresh outpouring of God’s presence and power to be poured out in our nation as He is moving among the Bhojpuri people. After reading this book, it is clear that God can and will use anyone for His glory that is willing to obey. Jesus said, “I do what I see My Father doing.” It is clear that what God is doing in this movement is a result of seeing what the Father is doing and then doing it. Reading about the rapid spiritual multiplication of leaders and churches through miracles, signs, and wonders and the presentation of the gospel to unbelievers is also something I experienced personally when I participated in the Bhojpuri Leaders Conference in the year 2000 as a skeptical cessationist. Not only did I see miracles, but was also radically healed myself. Also witnessing 1200 leaders at the conference who hungered and thirsted for God and His Word. Truly a God-miracle movement. – Chris Hussey, Senior Pastor – Abundant Life Community Church, Port Murray, NJ

David Garrison, PhD University of Chicago, has been a student of Islam and God's work among Muslims since his days as an Arabic student in Egypt two decades ago. He is the author and editor of nine books on God's work among the world's least reached peoples.